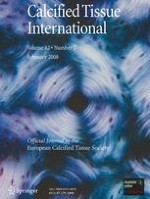 Differential Effects of D-Hormone Analogs and Native Vitamin D on the Risk of Falls: A Comparative Meta-Analysis