This review critically evaluates recent trials which have challenged the practice of completion lymph node dissection (CLND) for melanoma patients diagnosed with regional metastasis by positive sentinel lymph node biopsy (SLNB). Two trials in the last 2 years, DeCOG-SLT and MSLT-II, found no significant differences in melanoma-specific survival between patients, whether they received immediate CLND or observation after positive SLNB, despite decreases in nodal recurrence achieved by dissection. These trials together disfavor routine CLND in most patients after positive SLNB. However, their conclusions are limited by study populations which overall harbored a lower burden of SLN disease. Special attention needs to be given to patients who do have higher risk disease, with SLN tumor burdens exceeding 1 mm in diameter, for whom CLND may remain both prognostic and therapeutic. Current guidelines thus recommend either CLND or careful observation after positive SLNB after appropriate risk stratification of patients. While a decline in CLND is inevitable, treatment of stage III melanoma is witnessing the concurrent rise of effective adjuvant therapies. PD-1 inhibitors such as nivolumab, or combination BRAF/MEK inhibitors for V600E or K mutant melanoma, which were previously available to only trial patients with completely resected stage III disease, are now approved for use in patients with positive SLNB alone. Providers are better equipped than ever to treat clinically occult, regional metastatic disease with SLNB followed by adjuvant therapy for most patients, but should take steps to avoid undertreatment of high-risk patients who may proceed to disease relapse or progression. 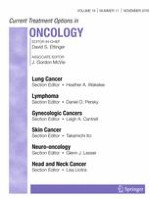