Small-cell lung cancer (SCLC) accounts for 15% of lung cancers. Only one-third of patients are diagnosed at limited stage. The median survival remains to be around 15–20 months without significative changes in the strategies of treatment for many years. In stage I and IIA, the standard treatment is the surgery followed by adjuvant therapy with platinum–etoposide. In stage IIB–IIIC, the recommended treatment is early concurrent chemotherapy with platinum–etoposide plus thoracic radiotherapy followed by prophylactic cranial irradiation in patients without progression. However, in the extensive stage, significant advances have been observed adding immunotherapy to platinum–etoposide chemotherapy to obtain a significant increase in overall survival, constituting the new recommended standard of care. In the second-line treatment, topotecan remains as the standard treatment. Reinduction with platinum–etoposide is the recommended regimen in patients with sensitive relapse (≥ 3 months) and new drugs such as lurbinectedin and immunotherapy are new treatment options. New biomarkers and new clinical trials designed according to the new classification of SCLC subtypes defined by distinct gene expression profiles are necessary. 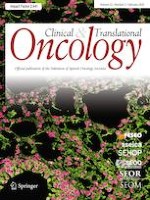