To assess the value of serum procalcitonin (PCT) for the differentiation between patients with and without neonatal sepsis.

We systematically searched PubMed, Scopus, and the Cochrane Library for studies evaluating PCT in neonatal sepsis. PCT had to be measured in neonatal blood samples, at the initial presentation of patients with suspected sepsis, before the administration of antibiotics. We performed a bivariate meta-analysis of sensitivity and specificity, and constructed a hierarchical summary receiver-operating characteristic (HSROC) curve.

Overall, 29 studies eligible for inclusion were identified. We analyzed the 16 studies (involving 1,959 neonates) that evaluated PCT in neonates with culture-proven or clinically diagnosed sepsis in comparison with ill neonates with other conditions. The pooled (95% confidence interval) sensitivity and specificity were 81% (74–87%) and 79% (69–87%), respectively. The area under the HSROC curve (AUC) was 0.87. The diagnostic accuracy of PCT seemed higher for neonates with late-onset sepsis (>72 h of life) than for those with early onset sepsis; the AUC for these analyses was 0.95 and 0.78, respectively. However, fewer data were available for late-onset sepsis. High statistical heterogeneity was observed for all analyses.

Our findings suggest that serum PCT at presentation has very good diagnostic accuracy (AUC = 0.87) for the diagnosis of neonatal sepsis. However, in view of the marked observed statistical heterogeneity, along with the lack of a uniform definition for neonatal sepsis, the interpretation of these findings should be done with appropriate caution. 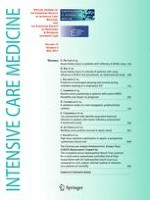