Residual ventricular septal defect (RVSD) occurs in one-third of patients undergoing patch closure of congenital VSD. Indications for re-intervention are often based on either patient’s symptoms or echocardiographic or hemodynamic studies. We report a novel scoring system for RVSD that takes into account all of the above criteria.

RVSD size, Qp:Qs ratio, RV to LV pressure ratio, and heart failure symptoms are scored as follows: (A) RVSD size is subdivided into three categories: <3 mm, 3 to <4 mm, and ≥4 mm; (B) Qp:Qs ratio is also subdivided into three categories: <1.5, 1.5 to <2, and ≥2.0; (C) The right and left ventricular pressure ratio is subdivided into the following: <0.5, 0.5 to <0.75, and ≥0.75; (D) Heart failure symptoms are subdivided into three categories: NYHA class II/III, NYHA class IV, and pulmonary edema requiring assisted ventilation. Each of these categories is given a score value of one (less severe), two (intermediate severity), and three (severe). Intra-operative severity score of RVSD is calculated by adding the total score of A, B, and C. For post-operative RVSD severity, the score values of A, B, C, and D are added. According to the total score, the clinical significance of an intra-operative RVSD is then defined as mild, moderate, or severe for a score of ≤3, 4–5, and ≥6, respectively. Similarly, post-operative RVSD is then labeled as mild, moderate, or severe for a score of ≤4, 5–7, and ≥8, respectively.

From our experience and review of literature, severe RVSD (and moderate VSD post Tetrology of Fallot (TOF) repair) require immediate closure of RVSD. Other patients with mild or moderate RVSD need close follow-up with a repeat of transesophageal echocardiography (TEE) before discharge, and six months after surgery. This scoring system, however, needs further prospective evaluation to assess its potential role in decision-making in the management of RVSD. 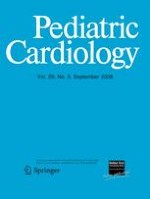 Isolated Junctional Tachycardia in a Patient with Pheochromocytoma: An Unusual Presentation of an Uncommon Disease