Among the clinical manifestations observed in septic patients, sepsis-associated encephalopathy (SAE) is probably the most obscure and poorly explored. It is well established, however, that SAE is more prevalent in aged individuals and related to a worse outcome. In this context, we decided to investigate the acute effects of sepsis, induced by cecal ligation and puncture (CLP), on the cerebral transcriptional profile of young and old rats. The idea was to highlight important signaling pathways possibly implicated in the early stages of SAE. Global gene expression analysis of three different brain regions (hippocampus, cerebellum, and cortex) indicated a relatively small interference of sepsis at the transcriptional level. Cerebellum tissue was the least affected by sepsis in aged rats. The increased expression of S100a8, Upp1, and Mt2a in all three brain regions of young septic rats indicate that these genes may be involved in the first line of response to sepsis in the younger brain. On the other hand, altered expression of a network of genes involved in sensory perception of smell in the cortex of aged rats, but not in young ones, indicates an earlier disruption of cortex function, possibly more sensitive to the systemic inflammation. The expression of S100a8 at the protein level was confirmed in all brain regions, with clear-up regulation in septic aged cortex. Taken together, our results indicate that the transcriptional response of the central nervous system to early sepsis varies between distinct brain regions and that the cortex is affected earlier in aged animals, in line with early neurological manifestations observed in older patients. 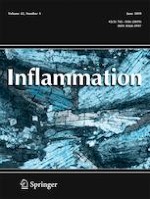