Negative cerebrovascular effects can be expected by compressing jugular veins and carotids by a necktie. It was already demonstrated that a necktie increases intraocular pressure. In many professions, a special dress code including a necktie and a collared shirt is mandatory although little is known about the effect of this “socially desirable strangulation.”

In this study, the effect of wearing a necktie concerning cerebral blood flow and jugular venous flow by magnetic resonance imaging. Thirty volunteers were divided in two groups. One underwent MRI with necktie, the other without.

The examination resulted in a statistically significant decrease of CBF after tightening the necktie (p < 0.001) while the venous flow did not show any significant changes.

It appears that wearing a necktie leads to a reduction in CBF. 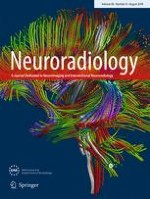 What is the role of vertebral augmentation for osteoporotic fractures? A review of the recent literature