To examine the association between the appearance of hyperechoic marks (HEMs) during high-intensity focused ultrasound (HIFU) ablation of benign thyroid nodules and nodule shrinkage at 6 months.

One hundred and thirty-six patients who underwent HIFU for benign thyroid nodule were analysed. An independent person carefully examined the B-mode ultrasonography screen for the appearance of HEMs after each pulse. The proportion of HEMs (%) was calculated by: [(Number of pulses that resulted in HEMs) / (Total number of pulses given per treatment) × 100] while the nodule shrinkage was measured by volume reduction ratio (VRR) = [Baseline volume–volume at 6 months]/[Baseline volume] * 100. Treatment success was defined as VRR ≥ 50 %.

The appearance of HEMs during treatment was an independent determinant of treatment success following single-session HIFU ablation of benign thyroid nodule. 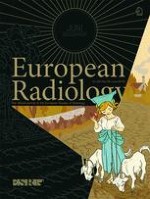