The 2015 National Health Interview Survey (NHIS) data were analyzed to examine the prevalence of smoking cessation behaviors and use of treatments among cancer survivors. Weighted self-reported prevalence estimates and 95% confidence intervals were calculated using a sample of 2527 cancer survivors.

Even after a cancer diagnosis, about one in eight cancer survivors continued to smoke. All could have received advice to quit smoking by a health professional, but a third did not.

Health professionals could consistently advise cancer survivors about the increased risks associated with continued smoking, provide them with cessation counseling and medications, refer them to other free cessation resources, and inform them of cessation treatments covered by their health insurance. 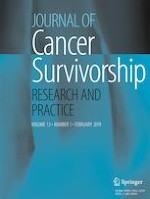 Living with and beyond cancer with comorbid illness: a qualitative systematic review and evidence synthesis