The small nuclear ribonucleoprotein polypeptides B And B′ (SNRPB) is a core component of spliceosome and plays a key role in pre-mRNA splicing. Emerging evidence suggests that it involves in the development of several types of cancer. Our previous study has demonstrated SNRPB is highly expressed in non-small-cell lung cancer (NSCLC) and functions as an oncogene. However, whether SNRPB contributes to cisplatin resistance in NSCLC is still unknown. In this study, we found that SNRPB negatively regulates cisplatin resistance in NSCLC cells. Knocking out of SNRPB could significantly decrease cisplatin-induced cell growth inhibition, cell cycle arrest and apoptosis in H1299 cells. However, enforced expression of SNRPB in H460 cells can markedly promote cisplatin-induced cell growth inhibition, cell cycle arrest and apoptosis. Our results also indicate that overexpression of SNRPB enhances the inhibitory effects of cisplatin on H460 cell-mediated xenograft tumors. Our results suggest that SNRPB may be a prediction marker for NSCLC patients in response to cisplatin-based chemotherapy. 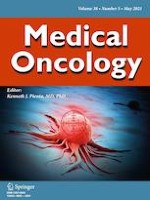 Melittin, a honeybee venom derived peptide for the treatment of chemotherapy-induced peripheral neuropathy

Immunotherapy and predictive immunologic profile: the tip of the iceberg