The baseline data of the intervention project for African American transgender women living with HIV showed that more than one-third of the participants having ever enrolled in HIV care had not received ART and that among those in ART, more than half reported their adherence to ART was poor. Those who had engaged in sex work, sold drugs, or experienced higher levels of transphobia were less likely to have enrolled in care. The qualitative interviews with participants who had completed the intervention or dropped out revealed barriers to enroll in care, such as community stigma and transphobia. 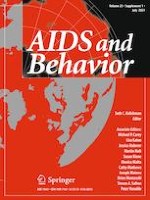 “She is Like a Sister to Me.” Gender-Affirming Services and Relationships are Key to the Implementation of HIV Care Engagement Interventions with Transgender Women of Color

The Orphans of the Epidemic: Transgender Women of Color