The authors declare that they have not competing interests.

EA reviewed the research literature, framed the scope of the paper, contributed to the statistical analysis, and was the primary text author. EG provided additional literature review, critical review of statistical analysis, and support in writing the manuscript, including revisions. WV provided critical review and support for all revisions. All authors reviewed and approved the final draft.

Despite increasing concern about the quality of life of older adults, little is known about characteristics associated with health risk behaviors among older adults in middle-income countries. This study relied on unique longitudinal data to examine the relationship between sociodemographic characteristics and alcohol use among low-income older adults, one of the fastest-growing populations worldwide.

This multilevel longitudinal analysis involved three waves of data (2008–2010) from 2,351 adults aged 70 or older in Yucatán, Mexico. Multilevel regressions models were used to test interactions among gender, speaking Mayan (indigenous language), and socioeconomic status to understand conditions associated with the odds of current alcohol use and the frequency and amount of alcohol use.

Half of the participants in this study report consuming alcohol in their lifetime, 21.58 % of whom were current alcohol users. Older adults reported consuming alcohol 1.15 days a week and 1.60 drinks per day. Speaking Mayan was associated with lower odds of current alcohol use. However, men who spoke Mayan reported higher odds of drinking alcohol compared to women and non-Mayan (Spanish) speakers. The positive relationship between socioeconomic status and alcohol use was also moderated by gender (male). 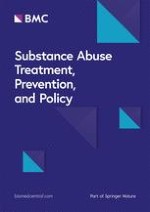 The impact of prescription opioids on all-cause mortality in Canada

Psychosocial problems among individuals with substance use disorders in drug rehabilitation centers, Nepal

Factors associated with inability to access addiction treatment among people who inject drugs in Vancouver, Canada

The relationship between housing subsidies and supportive housing on neighborhood distress and housing satisfaction: does drug use make a difference?