Breast cancer treatment is reported to be influenced by socioeconomic status (SES). Few reports, however, stem from national, equality-based health care systems. The aim of this study was to analyse associations between SES, rates of breast-conserving surgery (BCS), patient-reported preoperative information and perceived involvement in Sweden.

All women operated for primary breast cancer in Sweden in 2013 were included. Tumour and treatment data as well as socioeconomic data were retrieved from national registers. Postal questionnaires regarding preoperative information about breast-conserving options and perceived involvement in the decision-making process had previously been sent to all women receiving mastectomy.

Of 7735 women, 4604 (59.5%) received BCS. In addition to regional differences, independent predictors of BCS were being in the middle or higher age groups, having small tumours without clinically involved nodes, being born in Europe outside Sweden, having a higher education than primary school and an intermediate or high income per household. Women with smaller, clinically node-negative tumours felt more often involved in the surgical decision and informed about breast-conserving options (both p < 0.001). In addition, women who perceived that BCS was discussed as an alternative to mastectomy were more often in a partnership (p < 0.001), not born in Sweden (p = 0.035) and had an employment (p = 0.031).

Socioeconomic factors are associated with surgical treatment even in a national health care system that is expected to offer all women the same standard of care. This should be taken into account and adapted to in preoperative counselling on surgical options in breast cancer. 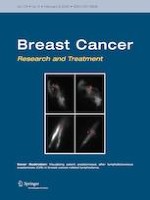 The prognostic value of NRF2 in breast cancer patients: a systematic review with meta-analysis