Autosomal dominant spinocerebellar ataxia (SCA) type 12 is a rare SCA characterized by a heterogeneous phenotype. Action tremor of the upper limbs is the most common presenting sign and cerebellar signs can appear subsequently. In many cases, minor signs, like dystonia, can be predominant even at onset. Laryngeal dystonia (spasmodic dysphonia) has been observed only in one case of SCA12 and never reported at disease onset. We present a 61-year-old female who developed spasmodic dysphonia followed by dystonic tremor and subsequent ataxia diagnosed with SCA12. Thus, spasmodic dysphonia can be a presenting symptom of SCA12. 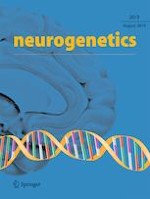