The primary objective of the present study was to examine the association between branched chain and aromatic amino acid profiles (BCAA and AAA respectively) and the metabolic syndrome (MS), and to evaluate the clinical utility of these associations in the diagnostic process.

Two hundred and sixty three healthy men with MS [MS(+): n = 165] and without MS [MS(−): n = 98] were enrolled in the observational study. Anthropometrical, biochemical, and amino acid measurements were performed. The ability of the BCAA and AAA to discriminate subjects with MS and insulin resistance was tested. Based on logistic discrimination, a multivariate early MS diagnostic model was built, and its discrimination properties were evaluated.

Two functionally independent amino acid clusters were identified. BCAA and phenylalanine differed significantly between MS(+) and MS(−) participants (P = 0.003). These factors were also found to be indicators of MS(+) individuals (AUC: 0.66; 95% CI: 0.5757–0.7469), and correlated with cardiometabolic factors. No statistically significant differences in amino acid concentrations between those with and without insulin resistance were noted, and none of the amino groups were indicators of insulin resistance. The proposed MS multivariate diagnostic model consisted of phenylalanine, insulin, leptin, and adiponectin, and had good discrimination properties [AUC 0.79; 95% CI: 0.7239–0.8646].

MS is associated with selective BCAA and AAA profile disturbances, which could be part of cardiometabolic disease pathogenesis and derive neither directly from insulin sensitivity impairment, nor obesity or muscle mass. The MS diagnostic model developed and described herein should be validated in future studies. 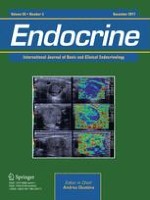