The history of psychoactive substance use in Africa is relatively short except for the reports on the use of traditional substances such as alcohol, cannabis and khat. The introduction of prescription drugs to Africa drastically increased the availability and use of psychoactive substances. This notwithstanding, alcohol, cannabis and khat still remain the most common substances of abuse in Africa. More recently, trafficking in heroin and cocaine has made narcotic drugs easily available across Africa despite the existing legal control measures. Complications arising from the use/abuse of psychoactive substances often draw public attention to their deleterious effects, which culminate in drug control policy formulation. This paper highlights the contribution of poverty, political instability, social unrest and refugee problems to the rapid spread of psychoactive substance use/abuse in Africa particularly among the youth. The review also points to a possible linkage between psychoactive drug use and HIV infection. At present in Africa, systematic evidence-based drug information is sparse. Also, drug policies are skewed towards formal control measures that may not encourage community participation. Poor funding, insufficient skilled health personnel, poor laboratory facilities, inadequate treatment facilities, and lack of political will are some of the impediments to controlling substance use/abuse in Africa. The paper argues that well-coordinated civil society participation is necessary in the control of drug problems in Africa in order to achieve a balance between supply and demand reduction efforts.

Titel
Status of Drug Use/Abuse in Africa: A Review
Autor:
A. O. Odejide 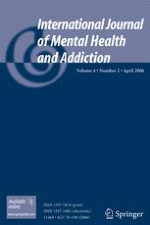 A Step Towards Academic Inclusiveness

Science and Psychiatry in the 21st Century

Reflective Activity and its Measurement

An Insider's Look into the Process of Recovering from Pathological Gambling Disorder: An Existential Phenomenological Inquiry

The Stigmatization of Neurological and Mental Health Conditions: Epilepsy as a Case Example

The Management of Anxiety and Depressive Disorders: A Review