Stent fracture is associated with a higher mortality in patients with type-2 diabetes treated by implantation of a second-generation drug-eluting stent | springermedizin.de Skip to main content
TOOLBAR 1 2 3 4
SUCHE MENÜ 1 2 3 4

Type 2 diabetes correlates with clinical events after the implantation of a second-generation drug-eluting stent (DES). The rate and prognostic value of stent fracture (SF) in patients with diabetes who underwent DES implantation remain unknown. A total of 1160 patients with- and 2251 without- diabetes, who underwent surveillance angiography at 1 year after DES implantation between June 2004 and August 2014, were prospectively studied. The primary endpoints included the incidence of SF and a composite major adverse cardiac event [MACE, including myocardial infarction (MI), cardiac death, and target-vessel revascularization (TVR)] at 1-year follow-up and at the end of follow-up for overall patients, and target lesion failure [TLF, including cardiac death, target vessel myocardial infarction (TVMI) and target lesion revascularization (TLR)] at the end of study for SF patients. In general, diabetes was associated with a higher rate of MACE at 1-year (18.4 vs. 12.9%) and end of follow-up (24.0 vs. 18.6%, all p < 0.001), compared with those in patients who did not have diabetes. The 1-year SF rate was comparable among patients with diabetes (n = 153, 13.2%) and non-diabetic patients (n = 273, 12.1%, p > 0.05). Diabetic patients with SF had a 2.6-fold increase of SF-related cardiac death at the end of study and threefold increase of re-repeat TLR when compared with non-diabetic patients with SF (5.9 vs. 2.2%, p = 0.040; 6.5 vs. 2.2%, p = 0.032), respectively. Given the fact that diabetes is correlated with increased MACE rate, SF in diabetic patients translates into differences in mortality and re-repeat TLR compared with the non-diabetic group. 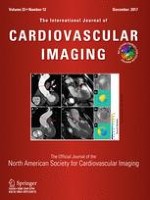 The integrated value of sST2 and global longitudinal strain in the early stratification of patients with severe aortic valve stenosis: a translational imaging approach