Streptococcus pneumoniae is an uncommon cause of skin and soft tissue infections, yet the incidence and clinical significance of its isolation in samples of skin or soft tissues in unselected hospital samples is poorly understood. In the present study, a review was conducted of the records of all patients with skin and soft tissue infections due to S. pneumoniae at a university hospital between January 1994 and December 2005. The isolates were identified by standard methods and were serotyped, and susceptibility testing was performed by the broth microdilution method following the guidelines of the Clinical and Laboratory Standards Institute. During the study period, 3,201 isolates of S. pneumoniae were recovered from several sources. Of these, 69 (2.2%) were from skin and soft tissue samples (69 patients). Complete information could not be obtained for 13 patients. Of the 56 patients remaining, 36 (64.3%) were infected and fulfilled the inclusion criteria. The following types of infections were observed: surgical wound infection (n = 11), burn infection (n = 7), pyomyositis (n = 6), cellulitis (n = 4), perineal or scrotal abscess (n = 3), and other (n = 5). Thirty-one (86%) patients had a favorable outcome, and 5 (13.8%) patients died. Mortality was directly attributable to S. pneumoniae infection in three of the five fatal cases. Of the 39 S. pneumoniae isolates obtained (36 from skin and soft tissues, three from blood cultures), 58.9% were penicillin nonsusceptible, 7.7% were cefotaxime nonsusceptible, and 20.5% were erythromycin resistant. The most frequent serotypes were 3, 19, 11, and 23. Of the overall number of isolates of S. pneumoniae recovered in a general institution, 2.2% involved skin and soft tissues (of which 64% were clinically significant). Mortality due to pneumococcal skin and soft tissue infections was low. 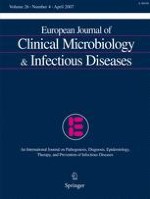 Variations of agar screen tests for detection of methicillin resistance in staphylococci: focus on cefoxitin