The hepatic hydatid cyst is a major health problem in endemic areas. Surgery is still the best choice for the treatment of hydatid cyst of the liver. There is controversy regarding efficacy of radical versus conservative surgical approaches. In this study, we aimed to evaluate the two surgical methods in patients treated for the hepatic hydatid cyst. This is a retrospective review of the medical records of 135 patients who underwent surgery for the hepatic hydatid cyst from 1993 to 2003. Surgery comprised conservative methods (evacuation of the cyst content and excision of the inner cyst layers) and radical methods (total excision of the cyst and removal of its outer layer). One hundred thirty five patients underwent liver surgery. Conservative surgery was performed for 71 (53%), whereas, the remaining 64 patients (47%) underwent radical surgery. Local recurrence rate of the cysts was lower in the radical versus conservative surgery group and the mean length of hospital stay was shorter in the radical surgery group. Radical surgery of the hepatic hydatid cyst may be the preferred treatment because of its low rate of local recurrence, as well as short hospital stay. 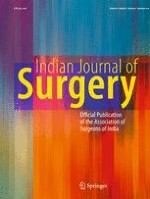 Lymphoepithelial Cyst of the Pancreas: A Rare Case Report and Review of Literature