The online version of this article (https://​doi.​org/​10.​1007/​s00259-019-04446-w) contains supplementary material, which is available to authorized users.
This article is part of the Topical Collection on Neurology

Amyloid (Aβ) brain deposition can occur in cognitively normal individuals and is associated with cortical volume abnormalities. Aβ-related volume changes are inconsistent across studies. Since volume is composed of surface area and thickness, the relative contribution of Aβ deposition on each of these metrics remains to be understood in cognitively normal individuals.

A group of 104 cognitively normal individuals underwent neuropsychological assessment, PiB-PET scan, and MRI acquisition. Surface-based cortical analyses were performed to investigate the effects of cortical and subcortical Aβ burden on cortical volume, thickness, and surface area. Mediation analyses were used to study the effect of thickness and surface area on Aβ-associated volume changes. We also investigated the relationships between structural metrics in clusters with abnormal morphology and regions underlying resting-state functional networks and cognitive performance.

In cognitively normal individuals, subcortical Aβ is associated with cortical volume, and this effect was driven by surface area with or without thickness. Aβ-associated cortical changes were found in the default mode network and affected cognitive performance. Our findings demonstrate the importance of studying subcortical Aβ and cortical surface area in normal ageing. 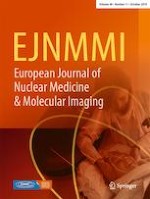 No differences in rest myocardial blood flow in stunned and hibernating myocardium: insights into the pathophysiology of ischemic cardiomyopathy