Self-perceptions of own social position are potentially a key aspect of socioeconomic inequalities in health, but their association with mortality remains poorly understood. We examined whether subjective social status (SSS), a measure of the self-perceived element of social position, was associated with mortality and its role in the associations between objective socioeconomic position (SEP) measures and mortality. We used Cox regression to model the associations between SSS, objective SEP measures and mortality in a sample of 9972 people aged ≥ 50 years from the English Longitudinal Study of Ageing over a 10-year follow-up (2002–2013). Our findings indicate that SSS was associated with all-cause, cardiovascular, cancer and other mortality. A unit decrease in the 10-point continuous SSS measure increased by 24 and 8% the mortality risk of people aged 50–64 and ≥ 65 years, respectively, after adjustment for age, sex and marital status. The respective estimates for cardiovascular mortality were 36 and 11%. Adjustment for all covariates fully explained the association between SSS and cancer mortality, and partially the remaining associations. In people aged 50–64 years, SSS mediated to a varying extent the associations between objective SEP measures and all-cause mortality. In people aged ≥ 65 years, SSS mediated to a lesser extent these associations, and to some extent was associated with mortality independent of objective SEP measures. Nevertheless, in both age groups, wealth partially explained the association between SSS and mortality. In conclusion, SSS is a strong predictor of mortality at older ages, but its role in socioeconomic inequalities in mortality appears to be complex. 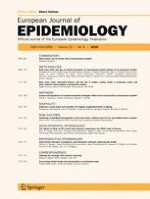 Tailoring the message with selective reporting