The structure features of myocardial wall are described by estimating the normal directions of points locating on the myocardium contours using an approximation approach. The Gaussian mixture model (GMM) of structure features is used to represent LV structure feature distribution. A new cost function is defined to represent the differences between two Gaussian mixture models, which are the GMM of structure features and the GMM of positions of two point sets. To optimize the cost function, its gradient is derived to use the Quasi-Newton (QN). Furthermore, to resolve the dis-convergence issue of Quasi-Newton for high-dimensional parameter space, Stochastic Gradient Descent (SGD) is used and SGD gradient is derived. Finally, the new cost function is solved by optimization combining SGD with QN. With the closed form expression of gradient, this paper provided a computationally efficient registration algorithm.

Three public datasets are employed to verify the performance of our algorithm, including cardiac MR image sequences acquired from 33 subjects, 14 inter-subject heart cases, and the data obtained in MICCAI 2009s 3D Segmentation Challenge for Clinical Applications. We compare our results with those of the other point set registration methods for LV motion estimation. The obtained results demonstrate that our algorithm shows inherent statistical robustness, due to the combination of SGD and Quasi-Newton optimization. Furthermore, our method is shown to outperform other point set matching methods in the registration accuracy. 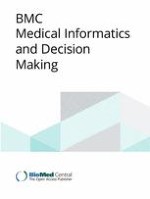