The aim of this study was to compare the outcomes of surgery and stereotactic body radiotherapy (SBRT) for elderly clinical stage I non-small cell lung cancer (NSCLC) patients.

Patients ≥80 years of age with clinical stage I NSCLC between August 2008 and December 2014 were treated either surgery or SBRT. Propensity score matching was performed to reduce bias in various clinicopathological factors.

The outcomes of surgery and SBRT for elderly patients with the early stage NSCLC were roughly the same. 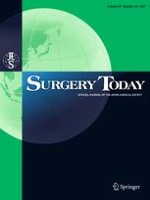 Altered expression of microRNAs in patients with pouchitis after restorative proctocolectomy