Although after R0 resection of intrahepatic cholangiocarcinoma (ICC) recurrence is frequent, most guidelines do not address strategies for this. The aim of this study was to analyze the outcome of repeated resection and to determine criteria when repeated resection is reasonable.

Between 2008 and 2016, we consecutively collected all cases of ICC (n = 176) in a prospective database and further analyzed them with a focus on tumor recurrence, its surgical treatment, overall survival and recurrence-free survival.

Repeated resection of recurrent ICC is reasonable and associated with an improved survival. Re-exploration should be considered as long as resection is technically possible. 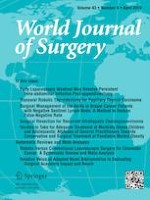