Randomized trials have demonstrated a benefit associated with adjuvant therapy for pancreatic cancer, and retrospective studies have demonstrated improvements in postoperative mortality. The purpose of this study was to evaluate whether these improvements could be identified in a cohort of patients who underwent resection for pancreatic cancer at a single institution over three decades.

Short- (30 days), intermediate- (1 year), and long-term survival were compared between decades. Long-term survival focused on patients who survived at least 1 year to minimize the effects of perioperative mortality and patient selection.

Patients who underwent resection for pancreatic cancer between 2000 and 2009 experienced improved operative mortality and 1-year survival compared to those who underwent resection in the 1980s, while the long-term survival was similar over all three decades. These results underscore the need for early detection strategies and more effective adjuvant therapies for patients with pancreatic cancer. 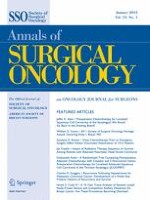