It has been accepted that radiation therapy (RT) for ductal carcinoma in situ (DCIS) has no survival benefit despite increasing local control. However, a recent large database study reported a small but significant benefit. Using a Korean population-based large database, we examined the survival benefit of RT for DCIS after breast-conserving surgery (BCS) and analyzed which subgroup might derive benefit from it.

Data from 6038 female DCIS patients who underwent BCS with or without RT between 1993 and 2012 were included in this study. We used propensity score analysis to control for differences in baseline characteristics.

We demonstrated the significant OS benefit of postoperative RT after BCS based on a large database, and for the first time beyond the western population. The omission of RT for selected patients to prevent overtreatment needs to be more elaborately studied. 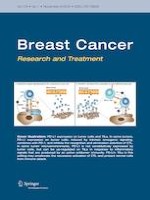 Correction to: Non-contrast MRI for breast screening: preliminary study on detectability of benign and malignant lesions in women with dense breasts