In the neocortex, large layer 5B pyramidal neurons implement a high-density firing code. In contrast, other subtypes of pyramidal neurons, including those in layer 2/3, are functionally characterized by their sparse firing rate. Here, we investigate the synaptic basis of this behavior by comparing the properties of the postsynaptic responses evoked by cortical inputs in layer 5B and layer 2/3 pyramidal neurons in vitro. We demonstrate that a major determinant of the larger responsiveness of layer 5B with respect to layer 2/3 pyramidal neurons is the different properties in their inhibitory postsynaptic currents (IPSCs): layer 5B pyramidal neurons have IPSCs of lower amplitude and the temporal delay between the excitatory and inhibitory synaptic components is also larger in these cells. Our data also suggest that this difference depends on the lower gain of the cortical response of layer 5 parvalbumin-positive fast-spiking (PV-FS) interneurons with respect to PV-FS cells from layer 2/3. We propose that, while superficial PV-FS interneurons are well suited to provide a powerful feed-forward inhibitory control of pyramidal neuron responses, layer 5 PV-FS interneurons are mainly engaged in a feedback inhibitory loop and only after a substantial recruitment of surrounding pyramidal cells do they respond to an external input. 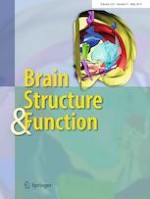