Neratinib is an irreversible pan-ErbB tyrosine kinase inhibitor used for the extended adjuvant treatment of early-stage HER2-positive breast cancer. Its use is associated with the development of severe diarrhea in up to 40% of patients in the absence of proactive management. We previously developed a rat model of neratinib-induced diarrhea and found inflammation and anatomical disruption in the ileum and colon. Here we tested whether anti-diarrheal interventions, budesonide and colesevelam, can reduce neratinib-induced diarrhea and intestinal pathology.

Rats were treated with 50 mg/kg neratinib via oral gavage for 14 or 28 days (total n = 64). Body weight and diarrhea severity were recorded daily. Apoptosis was measured using immunohistochemistry for caspase-3. Inflammation was measured via a multiplex cytokine/chemokine assay. ErbB levels were measured using PCR and Western Blot.

Both budesonide and colesevelam show potential as effective interventions against neratinib-induced diarrhea. 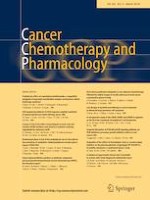