There is a fundamental gap in understanding the consequences of tau–ribosome interactions. Tau oligomers and filaments hinder protein synthesis in vitro, and they associate strongly with ribosomes in vivo. Here, we investigated the consequences of tau interactions with ribosomes in transgenic mice, in cells, and in human brain tissues to identify tau as a direct modulator of ribosomal selectivity. First, we performed microarrays and nascent proteomics to measure changes in protein synthesis. Using regulatable rTg4510 tau transgenic mice, we determined that tau expression differentially shifts both the transcriptome and the nascent proteome, and that the synthesis of ribosomal proteins is reversibly dependent on tau levels. We further extended these results to human brains and found that tau pathologically interacts with ribosomal protein S6 (rpS6 or S6), a crucial regulator of translation. Consequently, protein synthesis under translational control of rpS6 was reduced under tauopathic conditions in Alzheimer’s disease brains. Our data establish tau as a driver of RNA translation selectivity. Moreover, since regulation of protein synthesis is critical for learning and memory, aberrant tau–ribosome interactions in disease could explain the linkage between tauopathies and cognitive impairment. 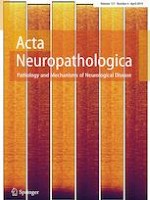