The 90-Day Mortality After Pancreatectomy for Cancer Is Double the 30-Day Mortality: More than 20,000 Resections From the National Cancer Data Base | springermedizin.de Skip to main content
TOOLBAR 1 2 3 4
SUCHE MENÜ 1 2 3 4

Operative mortality traditionally has been defined as the rate within 30 days or during the initial hospitalization, and studies that established the volume–outcome relationship for pancreatectomy used similar definitions.

After 21,482 pancreatectomies, the unadjusted 30-day mortality rate was 3.7 % (95 % confidence interval [CI] 3.4–3.9 %), which doubled at 90 days to 7.4 % (95 % CI 7.0–7.8). The unadjusted and risk-adjusted mortality rates were higher at 30 days with increasing age, increasing stage, male gender, lower income, low hospital volume, resections other than distal pancreatectomy, Medicare or Medicaid insurance coverage, residence in a Southern census division, history of prior cancer, and multiple comorbidities. The lowest-volume hospitals (<5 per year) performed 19 % of the pancreatectomies, with a risk-adjusted odds ratios for mortality that were 4.2 times higher (95 % CI 3.1–5.8) at 30 days and remained 1.9 times higher (95 % CI 1.5–2.3) at 30–90 days compared with hospitals that had high volumes (≥40 per year). 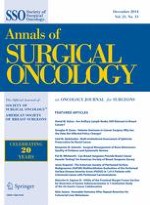