The methylcellulose-based hydrogel proposed in this study can be used clinically as a biocompatible system to deliver controlled low concentrations of DAP. 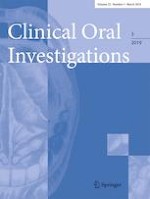