The okadaic acid class of tumor promoters, which are inhibitors of protein phosphatases 1 and 2A (PP1 and PP2A), induced tumor promotion in mouse skin, rat glandular stomach, and rat liver. Endogenous protein inhibitors of PP2A, SET and CIP2A, were up-regulated in various human cancers, so it is vital to review the essential mechanisms of tumor promotion by the okadaic acid class compounds, together with cancer progression by SET and CIP2A in humans.

The overexpression of endogenous protein inhibitors of PP2A, SET and CIP2A, is tightly linked to the progression of various human cancers, as well as Alzheimer’s disease. 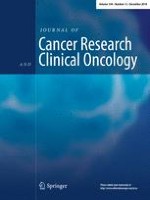 Melanoma treatment: from conventional to nanotechnology