Spectrum effects refer to the phenomenon that test performance varies across subgroups of a population. When spectrum effects occur during diagnostic testing for cancer, difficult patient misdiagnoses can occur. Our objective was to evaluate the effect of test indication, age, gender, race, and smoking status on the performance characteristics of two commonly used diagnostic tests for bladder cancer, urine cytology and fluorescence in situ hybridization (FISH).

We assessed all subjects who underwent cystoscopy, cytology, and FISH at our institution from 2003 to 2012. The standard diagnostic test performance metrics were calculated using marginal models to account for clustered/repeated measures within subjects. We calculated test performance for the overall cohort by test indication as well as by key patient variables: age, gender, race, and smoking status. 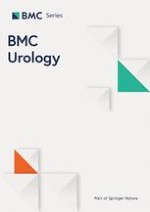 [−2]proPSA versus ultrasensitive PSA fluctuations over time in the first year from radical prostatectomy, in an high-risk prostate cancer population: A first report

The efficacy and safety of silodosin for the treatment of ureteral stones: a systematic review and meta-analysis

Female urinary incontinence and wellbeing: results from a multi-national survey

Spontaneous ureteric rupture, a reality or a faux pas?