To investigate the association of analgesia, opioids or epidural, or the combination of both with labour duration and spontaneous birth in nulliparous women.

A secondary data analysis of an existing cohort study was performed and included nulliparous women (n = 2074). Durations of total labour and first and second labour stage were calculated with Kaplan–Meier estimation for the four different study groups: no analgesia (n = 620), opioid analgesia (n = 743), epidural analgesia (n = 482), and combined application (n = 229). Labour duration was compared by Cox regression while adjusting for confounders and censoring for operative births. Logistic regression was used to investigate the association between the administration of different types of analgesia and mode of birth. 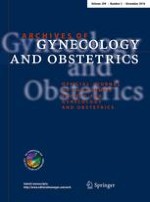 The prognostic value and clinicopathological significance of CD44 expression in ovarian cancer: a meta-analysis