Type 2 diabetes, hyperglycaemia and insulin resistance are associated with cognitive impairment and dementia, but causal inference studies using Mendelian randomisation do not confirm this. We hypothesised that early-life cognition and social/educational advantage may confound the relationship.

Associations between type 2 diabetes and mid-life metabolic traits with subsequent cognitive state do not appear causal, and instead they may be explained by SEP in early life, childhood cognition and educational attainment. Therefore, glucose-lowering medication may be unlikely to combat cognitive impairment in older age. 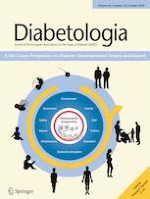 What should governments be doing to prevent diabetes throughout the life course?