The effect of the volume of supra-inguinal injected solution on the spread of the injectate under the fascia iliaca: a preliminary study | springermedizin.de Skip to main content
TOOLBAR 1 2 3 4
SUCHE MENÜ 1 2 3 4

The fascia iliaca compartment is the compartment confined by the fascia iliaca (FI) and a muscular layer formed by the iliac- and psoas muscle. This compartment creates a virtual tunnel that contains the femoral nerve (FN), the obturator nerve (ON), and the lateral femoral cutaneous nerve (LFCN) of the lumbar plexus. In this pilot study, we aimed to determine the suggested volume needed to reach the three target nerves of the lumbar plexus (FN, ON, and LFCN) with a single-injection ultrasound-guided supra-inguinal fascia iliaca compartment (S-FICB). A computer tomography (CT scan)-guided step-up/step-down sequence was used to determine the suggested injection volume to target all three nerves. Subsequently, an anatomist blinded for the injected volume and CT findings, dissected the cadavers, and evaluated the spread of dye underneath the fascia iliaca. In total, seven pelvic areas of four cadavers were evaluated on CT scan and dissected. Distribution of dye underneath the FI in relation to the FN, ON, and the LFCN was recorded in all dissected cadavers. Combining CT and dissection findings, the suggested volume to reach the FN, ON, and LFCN with an S-FICB was 40 mL.

Titel
The effect of the volume of supra-inguinal injected solution on the spread of the injectate under the fascia iliaca: a preliminary study
Autoren:
Kris Vermeylen
F. Soetens
I. Leunen
A. Hadzic
S. Van Boxtael
J. Pomés
A. Prats-Galino
M. Van de Velde
A. Neyrinck
X. Sala-Blanch 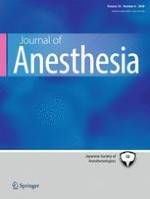 Challenges and hurdles for patient safety in obstetric anesthesia in Japan