Thuricin CD is a two-component antimicrobial, belonging to the recently designated sactibiotic subclass of bacteriocins. The aim of this study was to investigate the effects of thuricin CD, as well as the antibiotics, tigecycline, vancomycin, teicoplanin, rifampicin and nitazoxanide when used independently and when combined at low concentrations on the viability of Clostridium difficile 20291 R027, TL178 R002, Liv022 R106, DPC6350 and VPI10463 biofilms and planktonic cells. 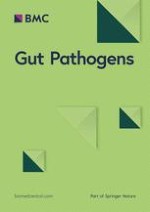 Complete genome of Vibrio parahaemolyticus FORC014 isolated from the toothfish