The aim of this study was to assess the effect of vitamin D supplementation on ovulation rate in overweight subfertile women with PCOS undergoing ovulation induction.

In subfertile women with PCOS undergoing induction of ovulation, vitamin D supplementation significantly improved the ovulation rate; however, there was no effect on clinical or biochemical pregnancy.
Anzeige 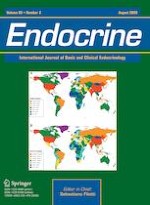