The expression of TGF-β1, Smad3, phospho-Smad3 and Smad7 is correlated with the development and invasion of nonfunctioning pituitary adenomas | springermedizin.de Skip to main content
TOOLBAR 1 2 3 4
SUCHE MENÜ 1 2 3 4

LZ, LC and ZY participated in the study design and wrote the paper. LZ, WY, HL, CL and WH carried out the experimental studies. LX, WY and WF participated in manuscript revision. All authors read and approved the final manuscript.

Transforming growth factor β (TGF-β) signaling functions as a suppressor or a promoter in tumor development, depending on the tumor stage and type. However, the role of TGF-β signaling in nonfunctioning pituitary adenomas (NFPAs) has not been explored. 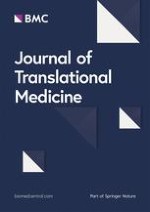 Existence of a potential neurogenic system in the adult human brain