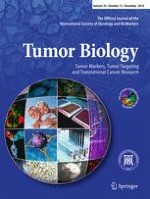 Association of methylenetetrahydrofolate reductase and methionine synthase polymorphisms with breast cancer risk and interaction with folate, vitamin B6, and vitamin B12 intakes

Essential role of polymorphism of Gab1, EGFR, and EGF for the susceptibility of biliary tract cancer