Despite the development of new drugs and therapeutic strategies, mortality and morbidity related to heart failure (HF) remains high. It is also the leading cause of global mortality. Several concepts have been proposed to explore the underlying pathogenesis of HF, but there is still a strong need for more specific and complementary therapeutic options. In recent years, accumulating evidence has demonstrated that changes in the composition of gut microbiota, referred to as dysbiosis, might play a pivotal role in the development of several diseases, including HF. HF-associated decreased cardiac output, resulting in bowell wall oedema and intestine ischaemia, can alter gut structure, peamibility and function. These changes would favour bacterial translocation, exacerbating HF pathogenesis at least partly through activation of systemic inflammation. Although our knowledge of the precise molecular mechanisms by which gut dysbiosis influance HF is still limited, a growing body of evidence has recently demonstrated the impact of a series of gut microbiome-derived metabolites, such as trimetylamine N-oxide, short-chain fatty acids or secondary bile acids, which have been shown to play critical roles in cardiac health and disease. This review will summarize the role of gut microbiota and its metabolites in the pathogenesis of HF. Current and future preventive and therapeutic strategies to prevent HF by an adequate modulation of the microbiome and its derived metabolites are also discussed. 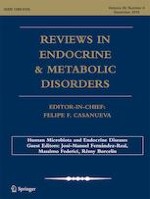 Consider the microbiome in the equation! They were here before us...and hosted us!

The gut microbiota to the brain axis in the metabolic control