Quality of life is a broad term without exact definition. It depends on a number of factors: support from friends and relatives, ability to work and interest in one's occupations, accommodation appropriate to expectations and, of course, health and disabilities whether congenital or recently acquired disorder. In the field of ill health physicians, by their training, concentrate attention on possible somatic disorder; the role of emotional disorder be it a reaction to the somatic illness or an independent factor, is often overlooked.
For instance pain from a disorder which was previously tolerable may become intolerable if a depressive state supervenes [ 1]; in another study [ 2] of patients who had undergone treatment for maxillo-facial cancer it was found that one in three had clinically significant anxiety and somatic symptoms were reduced by discussing the nature of anxiety and its possible manifestation as somatic distress.
Anzeige
Reasons for neglect to detect emotional disorder include the physician's lack of confidence in procedure for detection and sometimes a supposition that if it was discussed the patient may consider that his complaint was not being taken seriously. The fact remains that it is a frequent concomitant of somatic illness or that it may masquerade as somatic disorder [ 3– 5]. A simple method for recognition of emotional disorder in the clinical setting will therefore be of help to the physician. Such information may be provided by a questionnaire which the patient may complete prior to examination.
The patients' own views are sometimes discounted yet Fallowfield [ 6] considered that the patient was the best judge of his/her own state. There may, of course, be situations in which the patient deliberately attempts to mislead the clinician by exaggerating the emotional element of his illness but this is not common; alternatively the emotional aspect may be suppressed if it is supposed that this will lead to a diagnosis of psychiatric illness. Any such questionnaire must therefore not only be brief and easily understood but should avoid reference to clearly abnormal perceptions (hallucinations) and such obvious implication of psychiatric disorder as suicidal inclinations.
A physician in general hospital practice said that he knew that a large proportion of patients attending his clinic were suffering from emotional disorder or else that such disorder was an important contributory factor to the distress of the illness. He pointed out that large numbers of patients precluded any attempt by himself to conduct enquiry into emotional aspects of illness but that he often felt that he was informing the patient inaccurately and perhaps, by stressing the role of somatic illness, aggravating the patient's condition. He asked whether there was a simple method, perhaps a questionnaire which the patient could complete whilst waiting to see him, which would be helpful. He added that questionnaires with a large proportion of their content devoted to somatic distress would not be useful; indeed one study [ 7] had demonstrated that any questionnaire purporting to provide information on emotional distress in dialysis patients but which contained a large proportion of items relating to somatic disorder provided misleading information. A review of the major existing scales was undertaken [ 8, 9] and the extent to which somatic factors, such as loss of appetite, would contribute to the score derived from completion. It was considered that most of the scales were either lengthy and required administration by a trained worker, or if short and designed for completion by the patient, did not appear to distinguish one type of emotional disorder from another. These observations led to the decision to design another questionnaire. It was agreed that, in order to make it short it should focus on the two aspects of emotional disorder which the clinician considered had most relevance i.e. anxiety and depression, that these two concepts be differentiated and that a scoring device provided which would give the best chance of reliable and helpful information of the sort which could be explained to the patient in the context of the disorder for which he was consulting the clinician.
Thought had to be given to the term 'depression'. Apart from the varieties of disorder subsumed under the term in the psychiatric lexicon it is used in everyday parlance for a variety of states of distress: demoralisation from prolonged suffering, reaction to loss [grief], a tendency to undervalue oneself [loss of self-esteem], a pessimistic outlook and so on. A questionnaire designed to cover all these concepts would be diffuse and probably fail to provide a clinician with useful information; it was therefore decided to concentrate on the loss of pleasure response [anhedonia] which is one of the two obligatory states for the official definition of 'major depressive disorder' and which, moreover, was considered by Klein [ 10] to be the best guide to the type of depressive mood disorder which may be considered to be based on disturbance of neurotransmitter mechanisms and therefore likely to improve spontaneously or to be alleviated by antidepressant medication; therefore the statements analysed for construction of the depressive component of the Scale were largely, although not entirely, based upon the state of reduced ability to experience pleasure, a typical statement being: "I no longer get pleasure from things I normally enjoy".
Anzeige

Construction of the Hospital Anxiety And Depression Scale (HADS)

The study was conducted in the setting of a general medical hospital outpatient clinic. The result of the study undertaken for this purpose was published under the title of The Hospital Anxiety And Depression Scale [ 11]. Full details of the method of construction of the HADS is given in the publication presenting it but, briefly, patients completed a questionnaire composed of statements relevant to either generalised anxiety or 'depression', the latter being largely (but not entirely) composed of reflections of the state of anhedonia. Thought was also given to whether the wording of the items would be easily translated to other languages. After examination by the physician, the researchers conducted an interview but were blind to knowledge of the patients' responses to the questionnaire. During that interview 'depression' was assessed according to the questions: " Do you take as much interest in things as you used to? Do you laugh as readily? Do you feel cheerful? Do you feel optimistic about the future?" i.e. there was not concentration on the anhedonic state alone. The 'anxiety' level was assessed by the questions: "Do you feel tense and wound up? Do you worry a lot? Do you have panic attacks? Do you feel something awful is about to happen?". The questionnaire responses were analysed in the light of the results of this estimation of the severity of both anxiety and of depression. This enabled a reduction of the number of items in the questionnaire to just seven reflecting anxiety and seven reflecting depression.(Of the seven depression items five reflected aspects of reduction in pleasure response). Each item had been answered by the patient on a four point (0–3) response category so the possible scores ranged from 0 to 21 for anxiety and 0 to 21 for depression. An analysis of scores on the two subscales of a further sample, in the same clinical setting, enabled provision of information that a score of 0 to 7 for either subscale could be regarded as being in the normal range, a score of 11 or higher indicating probable presence ('caseness') of the mood disorder and a score of 8 to 10 being just suggestive of the presence of the respective state. Further work indicated that the two subscales, anxiety and depression, were independent measures. Subsequent experience enabled a division of each mood state into four ranges: normal, mild, moderate and severe and it is in this form that the HADS is now issued by its publisher In the case of illiteracy, or poor vision, the wording of the items and possible responses may be read to the respondent.

Administration of the HADS

The HADS only takes 2 to 5 minutes to complete. It has been shown to be acceptable by the population for which it was designed [ 12]. However, as with any such questionnaire, caution must be observed; this is that the patient is, in fact, literate and able to read it. Some illiterate people are ashamed of their defect and will pretend to answer the statements by haphazard underlining of response options. It is reasonable practice for whoever administers the HADS to ask the intending respondent to read out aloud one or other of the phrases of the questionnaire. This also provides opportunity to provide explanation of the purpose of the questionnaire and assurance that, as with all clinical information, it is a confidential document which will aid their doctor to help them.
Since the instruction at the introduction to the HADS is to complete it in order to best indicate how the respondent has felt in "the past week" it is reasonable to administer the Scale again but at not less than weekly intervals. The record chart provided by the publisher enables a graphic display of progress rather in the manner of a chart for record of body temperature.
Further validation studies of the English and of foreign language translations of the HADS were undertaken in a variety of settings and centres. The first review of these [ 13] was published in 1997; the more recent [ 14] review of 747 identified studies concluded: " The HADS was found to perform well in assessing severity and caseness of anxiety disorders and depression in both somatic, and psychiatric cases and [not only in hospital practice for which it was first designed] in primary care patients and the general population".
In addition to frequent validation for use in the elderly the HADS has been validated for use in adolescents [ 15]

The HADS was placed with a publisher of test scales distribution of the Scale was placed with a publishing firm, the National Foundation for Educational Research (nferNelson: http://​www.​nfer-nelson.​co.​uk or email: information@nfer-nelson.co.uk). The firm supplies the scale, the chart for recording of scores and the manual with instructions for its use. Translations are available to all major European languages in addition to Arabic, Hebrew, Chinese, Japanese and Urdu; translation to other languages may be arranged by communication with the publishers. Other potentially useful scales obtainable from nferNelson include a measure of irritability alongside depression and anxiety, also a questionnaire to detect specific areas of anxiety e.g. hypodermic injections.

Examples of extracts from translation

There can be no doubt of the need to assess the role of emotional factors in clinical practice. A brief questionnaire is provided for the purpose.
Many studies have confirmed the validity of the HADS in the setting for which it was designed. Other studies have shown it to be a useful instrument in other areas of clinical practice. Patients have no difficulty in understanding the reason for request to answer the questionnaire. It is available from a reliable publisher of psychometric scales; translations into many languages have been made and may be provided at request.
Anzeige 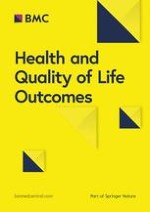 Quality of life in patients with vitiligo

Health related quality of life in 3 and 4 year old children and their parents: preliminary findings about a new questionnaire

Quality of life in multiple sclerosis: translation in French Canadian of the MSQoL-54