The online version of this article (doi:10.​1007/​s00330-016-4604-z) contains supplementary material, which is available to authorized users.
Kuan-Chieh Fang and Chien-Wei Su contributed equally to this work.

To assess the impact of clinically significant portal hypertension (CSPH) on the prognosis of patients with hepatocellular carcinoma (HCC) undergoing radiofrequency ablation (RFA).

We retrospectively enrolled 280 treatment-naïve early-stage HCC patients who had Child–Pugh grade A or B and received upper gastrointestinal endoscopy at the time of HCC diagnosis. CSPH was defined as (1) a platelet count < 100,000/mm3 associated with splenomegaly and/or (2) the presence of oesophageal/gastric varices by endoscopy. Factors determining poor overall survival and recurrence after RFA were analysed by Cox proportional hazards model and propensity score matching analysis.

CSPH was not associated with poor outcomes after RFA.

• CSPH was common in HCC patients who underwent RFA therapy.
• CSPH was not an independent risk factor in determining poor prognosis.
• Serum albumin level was more important to determine the outcomes. 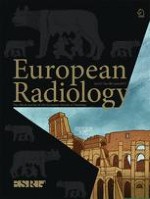 The intervertebral disc, the endplates and the vertebral bone marrow as a unit in the process of degeneration