We assessed the role of therapeutic delay time (TDT) in acute renal cortical scintigraphic lesion (ASL) and ultimate scar formation (USF) in children with first febrile UTI and whether it is affected by the presence of vesico-ureteral reflux (VUR). 230 children, 90 girls and 140 boys with first febrile UTI were included. Radiologic (USG, DMSA, and VCUG), clinical (age, gender, peak fever, therapeutic delay time) and laboratory (CBC with differential count, ANC (absolute neutrophil count), BUN, Creatinine, urine analysis, gram stain, culture, CRP and ESR) variables were analysed. DMSA was performed within 5 days and after six months. VCUG was performed after acute phase of UTI. The differences in TDT according to the presence of ASL, USF and VUR were assessed. And the correlation between ASL or USF with the duration of TDT was assessed. Of 230 patients enrolled, 142 patients had refluxing UTI and 88 patients had non-refluxing UTI. TDT was the risk factor associated with ASL and USF along with presence of VUR. TDT was longer in ASL positive group compared with the ASL negative group. Also USF group showed longer TDT compared with those without USF in both refluxing UTI and non refluxing UTI. The TDT was significantly shorter in USF group with the presence of VUR. Positive linear association was noted between prevalence of ASL and USF and duration of TDT. In conclusion, the impact of UTI on formation of USF may be enhanced by the presence of VUR with shorter duration of TDT. 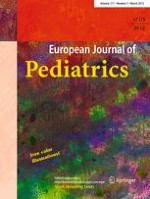