During rectal cancer surgery the bowel may contain viable, exfoliated cancer cells, a potential source for local recurrence (LR). The amount and viability of these cells can be reduced using intraoperative rectal washout, a procedure that reduces the LR risk after anterior resection. The aim of this study was to analyse the impact of washout on oncological outcome when performed in Hartmann’s procedure (HP) for rectal cancer.

A national cohort study on data for patients registered from 1995 to 2007 in the Swedish Colorectal Cancer Registry was carried out. The final analysis included patients belonging to TNM stages I–III who had undergone R0 HP with a registered 5-year follow-up. Multivariate analysis was performed.

The oncological outcome did not improve when washout was performed in HP for rectal cancer. 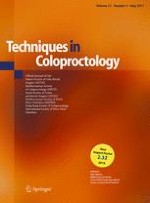 Autologous adipose tissue-derived stem cells for the treatment of complex perianal fistulas not associated with Crohn’s disease: a phase II clinical trial for safety and efficacy