The ineligible patient: how to treat patients not included in clinical studies | springermedizin.de Skip to main content
TOOLBAR 1 2 3 4
SUCHE MENÜ 1 2 3 4

Targeted therapies are currently the standard of care for metastatic renal cell carcinoma (mRCC). Five VEGF pathway inhibitors (sorafenib, sunitinib, bevacizumab in combination with interferon-alpha, pazopanib, and axitinib) and two mTOR inhibitors (everolimus and temsirolimus) are now FDA approved for mRCC based on results from phase III randomized clinical trials (RCTs). However, several subgroups of patients are excluded from enrollment due to strict eligibility criteria. The toxicity and efficacy of targeted therapies in these populations are unknown.

PubMed was searched for citations of the pivotal phase III RCTs leading to FDA approval. These publications were cross-referenced with their associated entries on www.​ClinicalTrials.​gov, and both were abstracted for eligibility criteria for patient enrollment. Based on this data, PubMed was searched for both prospective and retrospective studies evaluating toxicity and efficacy of targeted therapies for mRCC in these ineligible patient subgroups.

Targeted therapies appear to be safe in most ineligible patient populations, including patients with poor renal function. However, patients with preexisting cardiac comorbidities are at greater risk of developing cardiac toxicity on sunitinib. Targeted therapies appear to have some efficacy in maintaining stable disease in these subgroups, but are limited to rare partial responses. Prospective cohort studies are needed to accurately assess the safety and efficacy of targeted therapies in ineligible patient subgroups.

Titel
The ineligible patient: how to treat patients not included in clinical studies
Autoren:
Frances J. Mao
Brian I. Rini 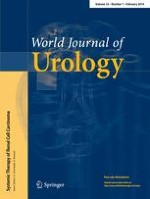