Intracranial vertebral artery dissection (VAD) has emerged as a leading cause of subarachnoid haemorrhage (SAH) and ischemic stroke of the posterior circulation, particularly in young to middle-aged adults [ 1, 2]. Once the vertebral artery trunk undergoes aneurismal dilatation, a so-called dissection aneurysm forms, increasing the risk of fatal bleeding in the future [ 3]. Moreover, a study has indicated that the subsequent rupture ( n = 14) rate was up to 58 % in ruptured VADAs ( n = 24) [ 4]. Hence, it is crucial to manage acute sis-VADAs in a timely manner. Endovascular treatment [ 5– 7], including deconstructive [ 6, 7] (i.e., proximal occlusion or internal trapping) and reconstructive techniques [ 5, 7], has been introduced as a minimally invasive method to treat lesions in deep locations or patients at high risk for surgery-related morbidity and mortality. Among several endovascular techniques, stent-related reconstructive treatment was shown to be better at maintaining the integrity of the PICA and the parent artery in comparison with deconstructive treatments. Moreover, the rate of post-treatment recurrence did not differ between reconstructive and deconstructive treatments [ 7]. However, post-treatment recurrence secondary to coil compaction and growth of the aneurysm sac remains a major shortcoming of reconstructive treatment. At present, it is still challenging to distinguish unstable aneurysm residuals from non-progressing neck remnants, which are considered to be of crucial importance in deciding which treatment option a patient should be offered.
Although a recent study indicated that involvement of PICA increased the risk of recurrence after endovascular treatment [ 7], nearly 51.4 % (57/111) of patients in that study were not treated using reconstructive techniques. Additional measures such as the quality of stent implantation and the immediate occlusion degree are also thought to be crucial in predicting post-treatment recurrence. The aim of this study is to identify risk factors of recurrence after reconstructive treatment in a large sample of patients with sis-VADAs.
Anzeige

The Ethics committee of the Second Military Medical University affiliated Changhai Hospital approved this retrospective study, and all written consents given by the patients were stored in the Changhai hospital database and used for research.

We reviewed all patients who underwent endovascular treatment for VADAs from October 2000 to March 2011 to identify patients with sis-VADAs that were reconstructed with stent(s) and coils. All subjects met the following inclusion criteria: (1) acute clinical symptoms and signs related to intracranial VADA, which was confirmed by angiography; (2) reconstruction of lesions with stent(s) and coils; and (3) at least one angiographic follow-up, except in cases of re-bleeding or bleeding events after reconstructive treatment. The exclusion criteria included the following: (1) history of traumatic and iatrogenic injury; (2) lesions extending to the extracranial segment or basilar artery; (3) history of deconstructive treatment and/or sole stent(s) for sis-VADAs; (4) un-treated sis-VADAs; and (5) loss to angiographic follow up, except for 3 haemorrhagic events (one re-bleeding and two haemorrhages). A total of 97 consecutive patients (M:F = 62:35; median age, 46 years; range, 27 to 80 years) with 97 sis-VADAs were identified and enrolled in this study. This series consisted of 57 (59 %) ruptured lesions and 40 (41 %) un-ruptured lesions. Clinical and radiographic characteristics, reconstructive treatment methods, and risk factors of recurrence were retrospectively analysed.

Patients with acutely ruptured aneurysms received a loading dose of dual antiplatelet medication (300 mg clopidogrel and 300 mg aspirin) 2 hours before the procedure, and patients with unruptured aneurysms received dual antiplatelet premedication (75 mg of clopidogrel and 100 mg of aspirin) each day for three days. All patients received systemic intravenous heparin after the femoral sheath was placed, with the goal of achieving an activated clotting time between 250 to 300 seconds. Reconstructive treatment of the entire dissected segment was performed using coils in conjunction with either a single stent or multiple stents. A balloon-expandable coronary stent was applied in the early period, and self-expanding neurovascular stents were applied in the late period. Post-procedure, some patients ( n = 61) were given three days of heparin (40 mg, every 12 hours, hypodermic injection), while some were not ( n = 36). All patients were kept on a dual antiplatelet regimen for six weeks with daily clopidogrel (75 mg) and aspirin (100-300 mg), followed indefinitely by aspirin (100 mg) mono-therapy.

Angiographic follow up was performed using conventional angiography, which was scheduled at six months, again at 12 months, and annually thereafter. The immediate and follow-up occlusion grades were defined as complete obliteration (100 %), near-complete obliteration (≧90 %, including residual dome or base), and partial obliteration (<90 %) [ 5, 8, 9]. The angiographic results were evaluated independently by two authors (Jian-Min Liu and  Wen-Yuan Zhao), each with 9-13 years of neurointerventional experience. Angiographic recurrence was diagnosed when the contrast medium within the lesions substantially increased in comparison with a control angiogram taken immediately after treatment. Additionally, recurrence was diagnosed when haemorrhage or re-bleeding after treatment occurred in un-ruptured or ruptured sis-VADAs [ 7, 10], respectively.
Anzeige

Statistical analysis was performed using SPSS for Windows (SPSS17.0). An unpaired t test or a Mann-Whitney U test was performed for continuous variables. The x 2 test or Fisher’s exact test was performed for categorical variables. The following variables were analysed: age, sex, presentation (ruptured/unruptured), involvement of the PICA origin, lesion type (dilatation without stenosis or dilatation with stenosis), blood supply to the basilar artery, stent(s) implantation (single stent or multiple stents), immediate occlusion degree, and usage of post-procedural heparin. Univariate analysis were performed to determine the association of post-treatment recurrence with other factors. Logistic regression analysis was performed to determine the independent association of post-treatment recurrence with other factors. The univariate analysis cut-off for inclusion in the logistic regression analysis was p < 0.20. When variables were not independent predictors of recurrence, the interaction between the variables was also determined. A p < 0.05 for a 95 % CI was considered statistically significant.

Stent implantation was defined as a successful placement if the deployed single stent or overlapped multiple ones in a telescopic fashion extended at least 5 mm over aneurysmal neck (lateral protrusion-shaped dissection aneurysms) or the border of other dissection lesions (i.e., fusiform-shaped, et al.) on both sides of the target vessel [ 8]. All inclusion VADAs were successfully reconstructed with coiling combined with either a single stent ( n = 50; 31 ruptured, 19 unruptured) or multiple stents ( n = 47; 26 ruptured, 21 unruptured). Six patients suffered from adverse events, including one re-bleeding (Case 7) and two bleeding (Case 10,11) (Table  1). One patient was initially treated with triple stents and coils for a ruptured lesion involving the PICA, resulting in immediate PICA occlusion, which might be attributed to coil migration to the origin of the PICA, SAH or both. Two patients (one ruptured, one unruptured) were treated with two or three overlapping stents and coils but died of subsequent ischemic events (one severe cerebral vasospasm-Case 8, one cerebral stem infarction- Case 9). The remaining three patients (one ruptured-Case 7, two unruptured- Case 10,11) underwent reconstructive treatment with one stent ( n = 2) or two overlapping stents, which achieved partial obliteration, but they subsequently died due to haemorrhage ( n = 2) or re-bleeding ( n = 1) 24-48 hours after treatment. Therefore, the peri-procedural complication rate was 6 % among the 97 sis-VADA repairs. Additionally, two patients (one ruptured, one unruptured) were reconstructed with 1-2 stent(s) and coiling, which achieved partial obliteration, but they subsequently died of the suspected haemorrhage event in six months (Case 7) or 26 months (Case 14) after treatment, respectively. The overall mortality rate was 7 % (7/97), but the haemorrhage- or re-bleeding-related mortality was 3 % (3/97). All surviving patients were clinically followed for a mean of 58 months (range, 12-132 months). Clinical outcomes were unfavourable (modified Rankin Scale score, 2-6) in 6 of 40 un-ruptured VADA patients and in 10 of 57 ruptured VADA patients.
Table 1
Data of 10 Recurrences (7 Angiographic, 1 re-bleeding, and 2 bleeding) and 7 deaths
M, male; F, female; H-H, Hunt-Hess; PICA, the posterior inferior cerebellar artery; M, month; NA, no available; h, hour; mRS, modified Rankin Scale

The scientific guarantor of this publication is Jian-Min Liu. The authors of this manuscript declare relationships with the following companies: The authors of this manuscript declare no relationships with any companies, whose products or services may be related to the subject matter of the article. This study has received funding by the National Natural Science Foundation of China (grant No. 81171093, 81000495, 81271271, 30973102, and 81101906). Kai-Jun Zhao kindly provided statistical advice for this manuscript. Kai-Jun Zhao, one of the authors, has significant statistical expertise. No complex statistical methods were necessary for this paper. Institutional Review Board approval was obtained. Written informed consent was obtained from all subjects (patients) in this study. This study is not on animals. Some study subjects or cohorts have been previously reported in Plos One (Reconstructive Treatment of Ruptured Intracranial Spontaneous Vertebral Artery Dissection Aneurysms: Long-Term Results and Predictors of Unfavorable Outcomes. PLoS One. 2013;8(6): e67169. doi: 10.​1371/​journal.​pone.​0067169). Methodology: retrospective, observational, performed at one institution.
Kai-Jun Zhao and Rui Zhao contributed equally to this work.
Open Access This article is distributed under the terms of the Creative Commons Attribution Noncommercial License which permits any noncommercial use, distribution, and reproduction in any medium, provided the original author(s) and the source are credited. 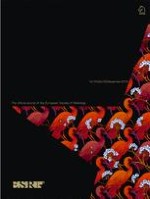