Antenatal corticosteroids are standard of care for women at risk of a preterm birth and demonstrated to be protective against poor outcomes in neonates including respiratory disorders, mortality and intraventricular hemorrhage (IVH). Its benefits may vary by gestational age, and accurate estimation is needed in a single-center population to account for practice variation.

Among 5314 infants admitted, death occurred in 298 (6%), severe IVH in 244 (5%), and BPD in 527 (10%). Antenatal steroids were protective of death and BPD in the adjusted analysis, and there was multiplicative interaction where each week increase in gestational age combined with steroid therapy resulted in 13% reduced incidence for each outcome.

Antenatal steroids are protective against severe IVH and moderate to severe BPD, and when combined with gestational age, steroids are associated with greater protective benefits in older neonates. There is likely an ideal window to maximize the benefits of antenatal steroids, and future etiologic research should consider the joint effects with gestational age. 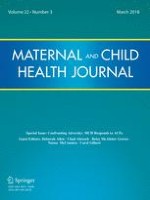 Prenatal and Postpartum Care Disparities in a Large Medicaid Program

The Influence of Home and School Environments on Children’s Diet and Physical Activity, and Body Mass Index: A Structural Equation Modelling Approach

Ethnicity and Language Proficiency Differences in the Provision of and Intention to Use Prenatal Screening for Down’s Syndrome and Congenital Anomalies. A Prospective, Non-selected, Register-Based Study in the Netherlands