Sudden cardiac death (SCD) is one of the most common causes of death in developed countries, with most SCDs involving the elderly, and structural heart disease evident at autopsy. Each year, however, thousands of sudden deaths involving individuals younger than 35 years of age remain unexplained after a comprehensive medicolegal investigation that includes an autopsy. In fact, several epidemiologic studies have estimated that at least 3% and up to 53% of sudden deaths involving previously healthy children, adolescents, and young adults show no morphologic abnormalities identifiable at autopsy. Cardiac channelopathies associated with structurally normal hearts such as long QT syndrome (LQTS), catecholaminergic polymorphic ventricular tachycardia (CPVT), and Brugada syndrome (BrS) yield no evidence to be found at autopsy, leaving coroners, medical examiners, and forensic pathologists only to speculate that a lethal arrhythmia might lie at the heart of a sudden unexplained death (SUD). In cases of autopsy-negative SUD, continued investigation through either a cardiologic and genetic evaluation of first- or second-degree relatives or a molecular autopsy may elucidate the underlying mechanism contributing to the sudden death and allow for identification of living family members with the pathogenic substrate that renders them vulnerable, with an increased risk for cardiac events including syncope, cardiac arrest, and sudden death. 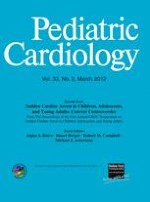 Restricting Sports for Athletes With Heart Disease: Are We Saving Lives, Avoiding Lawsuits, or Just Promoting Obesity and Sedentary Living?

Prevalence and Spectrum Diseases Predisposing to Sudden Cardiac Death: Are They the Same for Both the Athlete and the Nonathlete?

Primary Prevention of Sudden Cardiac Death of the Young Athlete: The Controversy About the Screening Electrocardiogram and Its Innovative Artificial Intelligence Solution