The success of endodontic treatment is greatly affected by the location of the root canals. The purpose of this study was to evaluate the root and canal morphology of permanent maxillary first and second molars in a Polish population using cone-beam computed tomography scanning.

Cone-beam computed tomography (CBCT) scans of maxillary first and second molars the maxilla were examined. The number of roots and root canals, and the frequency of additional canals (MB2) in the mesiobuccal root canals were determined. The results were subjected to statistical analysis using the chi-square test or the chi-square test with Yates’ correction. 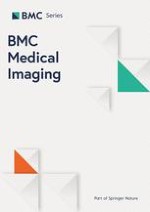 Computer-aided evaluation of inflammatory changes over time on MRI of the spine in patients with suspected axial spondyloarthritis: a feasibility study